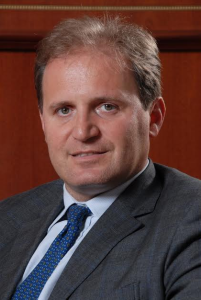 Michele Appendino graduated from Polytechnic of Turin (Italy) with an Electronics Engineering Degree and got an MBA from INSEAD Business School Fontainebleau (France). He worked with Andersen Consulting in Spain and with FMC in the United States of America.

From 1992 to 1996 he was Senior Engagement Manager at McKinsey & Company, in the Milan office. During this period he was part of the media, retail and fashion practice for Italy, USA, UK, France and Spain.

In 1997 Michele co-founded Net Partners Ventures, the first venture capital company in Europe focusing exclusively on internet companies (start-up/early stage – Euro 215 mio raised with three different funds, 30 investments, 5 IPOs, many “trade sales”), active in Europe (France, Italy, England) and USA. In 1997 NP was the first fund to get a 232% IRR¸ among the highest set in Europe in the sector. The other funds, 1999’s and 2000’s, were in the 5% world top “vintage”.

Among the best known investments are: Self Trade, Freever, Edreams, Trading Screen together with the Italian Mutui Online and Yoox, both listed on the Milan Stock Exchange.

In 2005 Michele founded AME Ventures, an investment holding, focused on early stage companies active in the internet sector and in renewable energies at international level. Among the investments: Vistaprint (listed at NASDAQ) and Volagratis. AME Ventures has a controlling stake of Solar Ventures, a solar energy power producer which manages large scale photovoltaic plants. The company is active in Italy, Eastern Europe, and the MENA Region.

Michele is directly involved in Solar Ventures as Chairman and CEO. In 2013 Solar Ventures signed a joint venture with Mitsubishi Corporation and Innovation Network Corporation of Japan, a Japanese strategic investment fund, aimed at acquiring and managing operating pv plants in Italy.

In 2002 Michele Appendino was Global Leader for Tomorrow at the World Economic Forum and he’s still member of Aspen Institute. In 2009 he was Chapter Chair for Italy of YPO (Young Presidents’ Organization), international network of entrepreneurs.

AME Ventures uses cookies to ensure that we give you the best experience on our website. If you continue we assume that you consent to receive all cookies on all AME Ventures websites.ACCEPTMore info